Low back, pelvic, and hip stability are so important. I’ll relate them back to a concept of “proximal stability.” I’ve touted the benefits of core strength before–both articles can be found here and here. I’m not looking to beat a dead horse, but simply expand upon these concepts with a couple simple home tests that can help you understand what you’re bringing to the table. Loss of proximal stability can happen for various reasons: pregnancy, hormones, lifestyle (sitting), or maybe even complete neglect in your strength program (or lack there of). And although I’m going to relate this all back to postpartum moms, this article and the tests apply to all runners. Research notes measurable weakness 12 months postpartum. Again, this weakness may even last longer… the study simply ended at 12 months. Also, there’s little evidence of how multiple pregnancies fare for moms. I presume through clinical observation that the issue is only compounded both in the amount and duration of weakness.

As previously described both here and here, moms take the blunt force of losing proximal stability. Not only do expanding abdominals muscles lose strength, but hormones released during pregnancy and delivery compromise another source of stability: ligamentous support. A properly named hormone, Relaxin, is released in the late stages of pregnancy to soften the pubic symphysis and increase ligamentous laxity surrounding the pelvis. This joint laxity paired with the noted strength deficits through the abdominal wall significantly compromise any proximal postpartum stability. Before you start talking trash to relaxin try to remember that it’s necessary for delivery and safe passage of your little one.

Mothers who undergo cesarean sections (c-sections) are not immune to the destabilizing release of relaxin; however, a c-section has been found to limit the loss of pelvic floor strength postpartum when compared to that of a vaginal birth.1 The body will always assume a vaginal birth, which is why the relaxin is unavoidable. The fact that the abdominal wall is cut during a c-section may, in fact, provide increasing and long term instability at the lumbar spine (this is a presumption).

Identification is half the battle. You’ll want to investigate your overall strength and stability through the spine, hips, and pelvis. A few simple movements can give you a small glimpse into stability. These two movements are always included in a patient exam, whether it’s a man or woman. Although there are far more extensive exam components, these two simple tests can give you a quick glimpse and better understanding of your core, hip, and pelvis stability.

The goal is to apply unilateral force through the spine and pelvis. The momvement requires your muscles to stabilize and prevent movement. Since ligamentous laxity is not thought to resolve to preexisting levels, stability of your spine, pelvis, and hips falls to your muscles. Before attempting these movements there’s an assumption that you’re capable of performing each properly for a full minute. Unable? You know it’s time to start improving proximal stability.

Laying flat on your back, engage your abdominals, drive through your heels, and lift your butt. There should be no movement of your spine. After sustaining the posture for 10 seconds, lift one heel from the table (only an inch). Doing so effectively engages the spine and weight bearing hip. The pivot point that occurs around the weight bearing hip places a single sided stress on hour hip and spine. Weakness and decreased stability will be noticeable to an onlooker, you may or may not be able to feel weakness. You’re looking to see/feel if you can hover one leg without allowing your butt to drop or opposite hip to dip. Hold for 10 seconds. Typically, we’ll see a small weight shift that is instantaneous with a hip drop on the leg being lifted.

Similar concept as above but first be sure you’re performing your plank right. Here is an article that outlines proper planking technique. You’re looking to ensure that you, as the plankee, don’t allow your low back to fall downward while maintaining a pelvis that is parallel to the ground. Tighten through your core muscles and plank. After 10 seconds lift and hover one foot by two inches–look for weakness. Weakness will be visualized through a pelvis that fails to remain parallel to the ground. Repeat on the opposite side.

Luckily, we can all run with underlying weakness; however, eventually the tipping point is reached–you’ll need to pay the piper. Restoring core strength and stability will be a necessity to overcome recurring injury. Single sided weakness is not uncommon, either. You may find that hovering one foot versus the other yields different results. No matter the response the answer is the same. Begin improving core strength and stability. 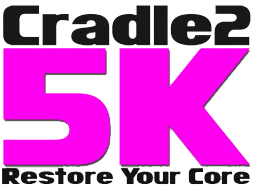 Are Sit Ups Good for Runners? The question is: are ripping off sit-ups worth it? Will it make you faster or are they for show? Sure, you might be the envy of your friends and yo...
Shin Splint to Stress Fracture: Cause & Preve... Shin pain can be a frustrating, viscous cycle. Shin pain is not a diagnosis, but rather a vague term for where you hurt. The injury itself can be som...
Foot Strength for Runners For years we’ve been hearing about the importance of foot strength and the effects of “over built” shoes. The idea is fairly simple and practical, act...
Share525
Tweet
Pin10
Share
Shares 535